After a few hours without power, I managed to finish up a few things for Santas.
I had a leopard dress-up that needed a change of zip and a new tail. Done!
I also still had 4 Superman capes to be done from the previous lot I took from mum.  However after some feedback on the last couple, I removed all the armholes. Apparently, the "shirt" style was a little difficult for the kids to get on and off, so the bib style I used for Batman was a better option. I have to say, though, I did not cut these out. I only sewed them up and put the logos on. All the construction is based on the sample (below) and from my experience in sewing stuff. It is no way the ONLY way, but I think the finish is better than the sample, in my opinion. ;) 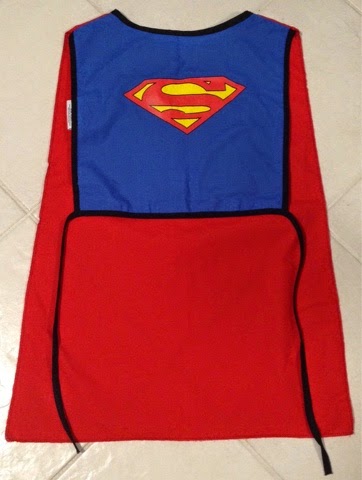 I also had a couple cut with a front only and a tie up for the back (like the purchased one, above...) 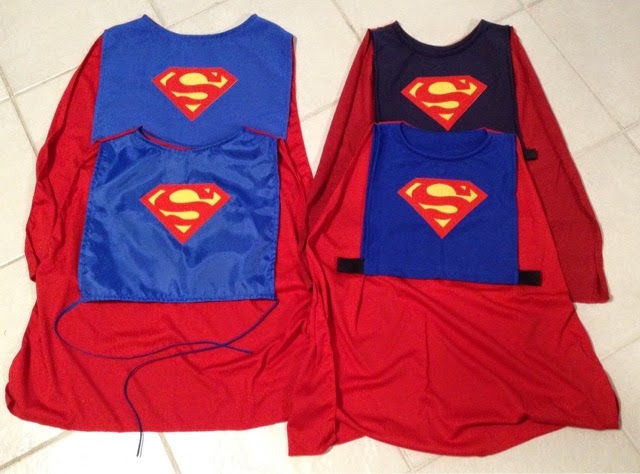 On the left, the "tie up" versions, the right, the "bib" versions. They appear bigger because I had to trim the bib ones down to take off the armholes. Maybe they will be better for smaller kiddies? :)
To get a better idea of how they work, since I don't have a child to try it on, the chair has to substitute......
The tie up version has a front only attached to the Cape at the shoulder, with a tie attached to both sides. The child will need adult assistance to tie it for them. 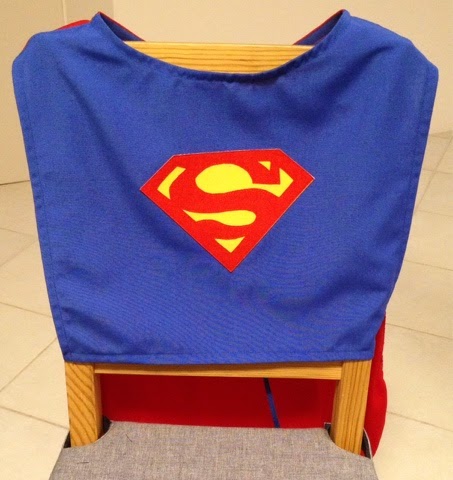 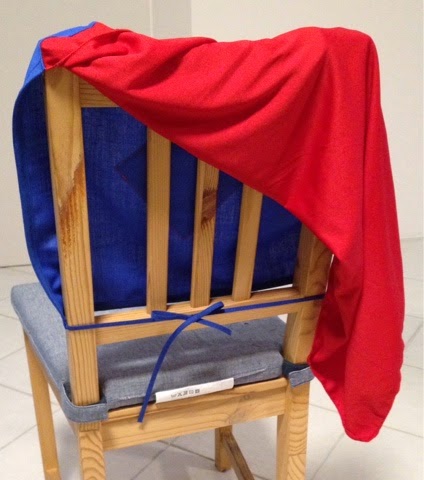 The bib version has elastic sides, like a netball bib, with the Cape attached at the shoulders and the neck. A child can easily put this on by themselves. 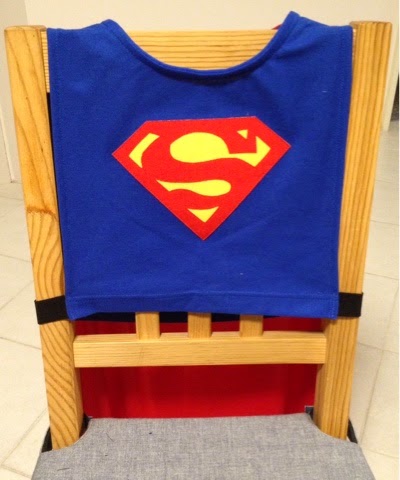 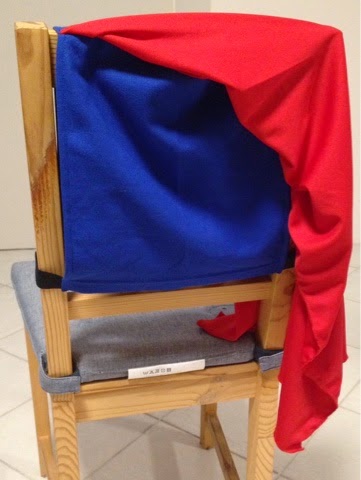 You know, once you get started, you just can't stop! Even though each one is slightly different, the general process is the same, so you can kinda get into a rhythm. ;)
Posted by DanaStuff at 7:51 pm