Canning Show 2017
For the first time, they had a theme, which included a Peoples Choice prize - and I won!!

The theme was "tea cosies" - any medium, any style, whatever you like. I found a picture online of a style that I liked, and off I went.

No pattern for the original, just a link to purchase one already made: 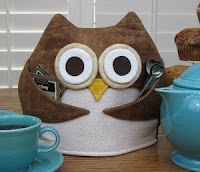 Thank you for the tea and bag, Madura!! 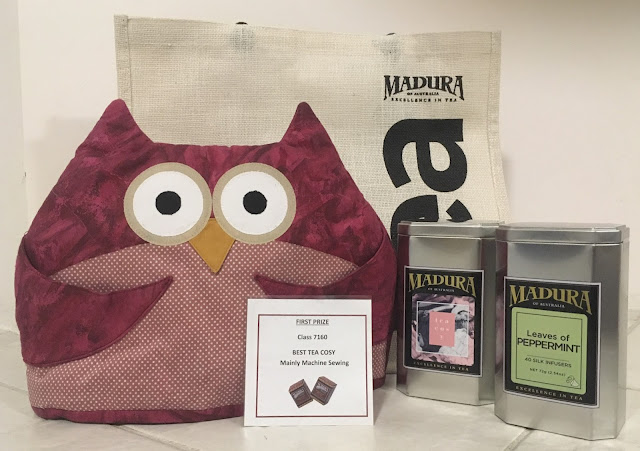 Posted by DanaStuff at 8:53 pm

A while ago, mum gave me a cushion cover. It has a cute printed owl wearing a bowtie on the front. The fabric is quite sturdy, like a canvas, so it will make a great bag :) 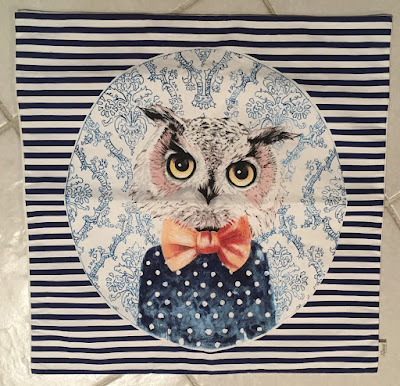 After unpicking the cushion, I needed to decide what to do with the back. As a cushion, it had an envelope opening at the back with large buttons and buttonholes as closures. I originally was just going to stitch the pieces together and leave the buttons there for decoration. After unpicking, I decided that I would make it into a pocket...… more on that later..... 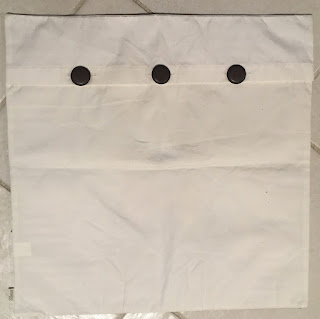 ﻿
I had a plan - add a side wall. I auditioned a couple of different fabrics, but thought the stars would be the best match for the stripes: 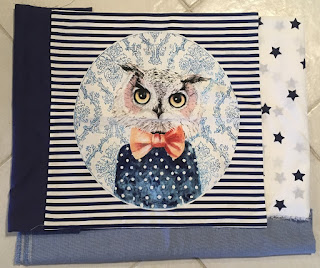 I then cut the strips to fit the sides, and added some curtain lining to give it some oomph. The fabric itself was quite light, so it needed some extra strength to match the heavier canvas type fabric of the owl. I also ran a row of stitching down the sides to hold fabric and backing together.
Stitch each side to the front and back (minus the seam allowance), then the corners can be stitched.
Straps added under a facing, turn it out, and job done!
Finished size approx. 53cm x 53cm excluding the straps 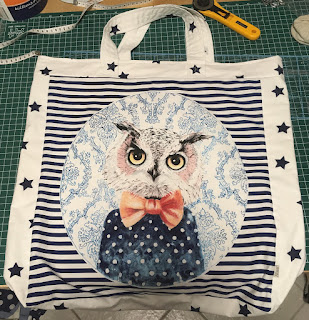 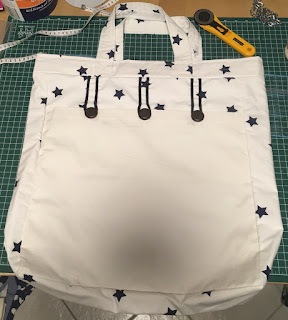 Note the rear pocket :) I used the original lower piece and buttons, and made a feature out of some blue cord. Not as successful, but made it interesting.....
Posted by DanaStuff at 8:29 pm

A couple of years ago I made a wall hanging. It was Dutch themed, with the centrepiece being a girl carrying some water in two buckets. This was a free foundation pieced design that I stretched out (hence the reason she has a really fat neck!). I added some embroidery to her apron, as well as adding the chains. All the panels have some kind of embroidery, so I didn't want it to be wasted in the bottom of a box, since I don't do handwork very often.... 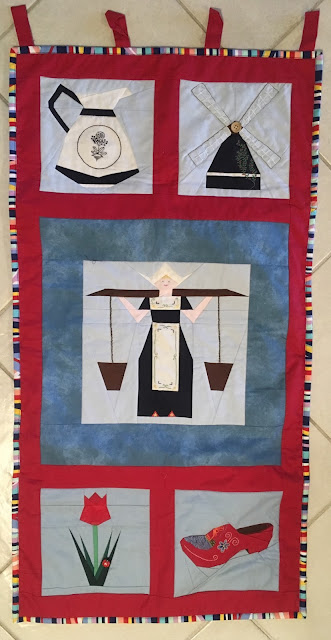 I was never really happy with it. I mean, I liked it, and put a lot of work into it, but it was just a wall hanging....

It wasn't without its issues, either - I ran out of the original blue fabric that I had started with, so two of the smaller squares are a slightly different shade, and my binding was a little tight, so it didn’t sit flat. Original post here - Dutch wall Hanging

So, after playing with it for a bit, I found a layout that just might give it new life - as a pair of cushions! 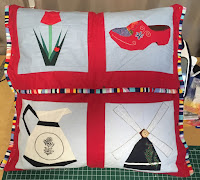 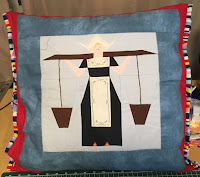 Now, this is working for me!

But, how do I make it work, and where do I make my first cuts?? I need to think about this carefully, as I only get one shot....

As it turned out, I had some leftover binding fabric and some of the red fabric still in my stash, so I could make a new border piece and make more binding.

My original plan was to cut off the binding, but if I unpicked it, there would be so much more length to play with, and I am so glad I did!!

So, I did some math, and worked out if I cut close to the big centre piece (minus a seam allowance), all I would need was two new strips of red to fill in the missing space. Here goes nothing!! 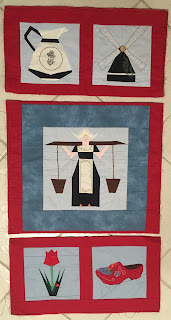 I still need a seam between the two smaller squares, so why not stitch some binding fabric in at the same time? Yup, I like it..... 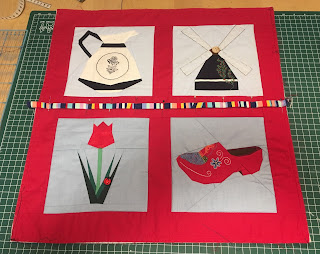 Now, to balance it up, lets try adding a vertical strip. Yep, I like this, too!! 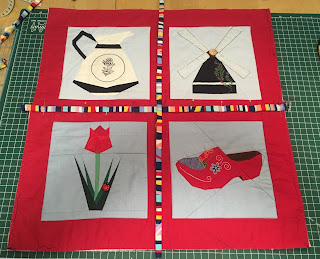 Now, for the other cushion front, I needed a new strip of red to fill out the space. I also added some batting, to make it the same thickness: 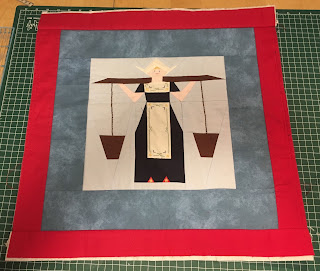 Good, but its still missing something... I have enough of the binding to put some on the front, so I am gonna go for it!! 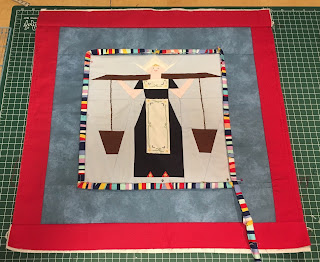 Yup, I'm liking where this is going!!

Now, all I need to do is stitch down the binding on the fronts, and think about the backs....

I found a long strip of blue fabric in my stash, so just needed to buy a couple of zippers and put the pieces together. No pics of this process - I was on too much of a roll to stop!

Once the backing pieces were ready and trimmed to size, the backs and fronts were tacked together and the binding stitched to the front. The binding is hand stitched at the back.

And so, this is the final result! I am very happy with how it turned out :) 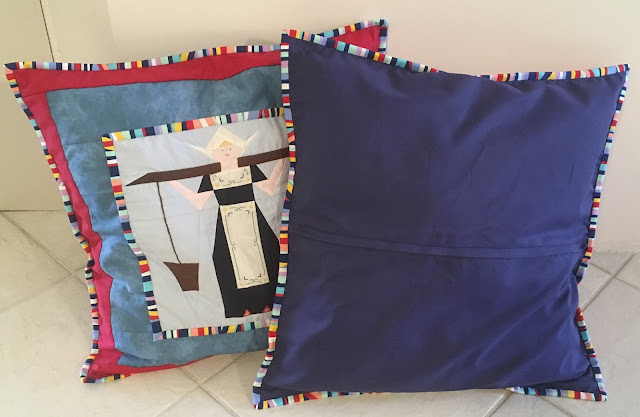 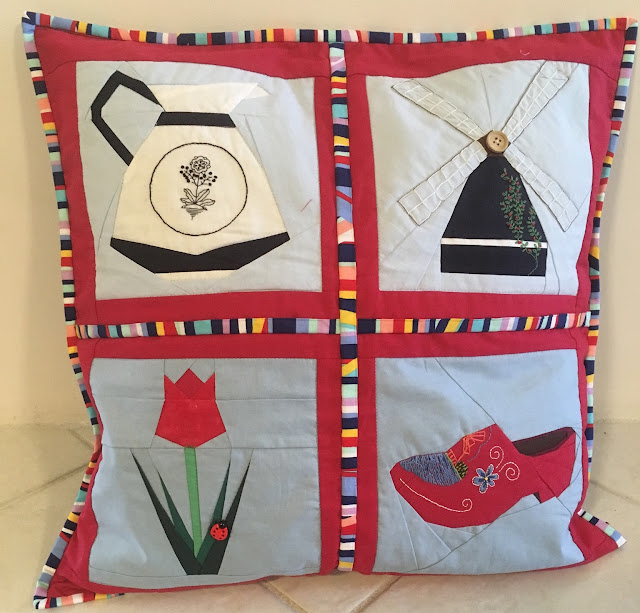 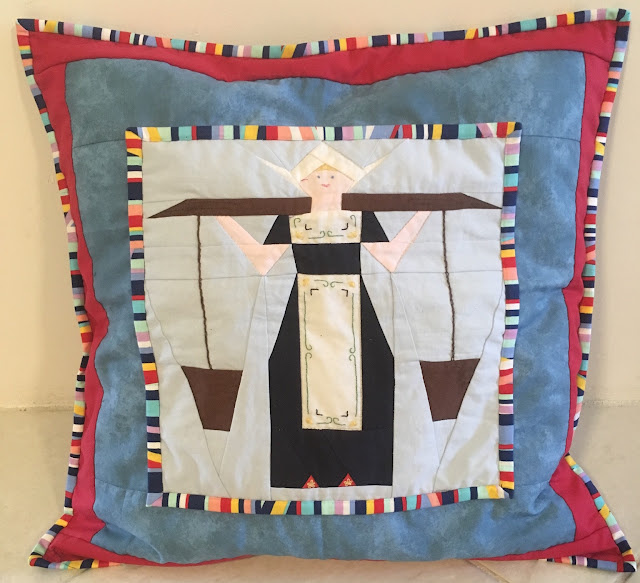 Posted by DanaStuff at 7:45 pm