Since Blogger removed their app to upload posts, I have been hesitant to use the online tool. It’s clunky and difficult to navigate on a tablet.... but I am going to try again :)

It’s been all about aprons this weekend - upcycled from tea towels, turned into useful things. My favourite Op Shop has small linen at 5 for $1, so mum and I stocked up on fancy pillow cases and I found some tea towels to test my theories on. I had seen some inspiration online using vintage tea towels, but they had additional width added to the sides, and I wanted to simplify even more. Just cut an armhole, add straps, and voila!

So, I found a pattern online that had a variety of sizes - child, teen and adult - that I have been using as a guide as to where to cut. I also use the armhole curves to cut, although I could have drafted these myself, why should I, when someone else has already done it? Seems like double handling to me.....

Aprons in three sizes - Scattered thoughts of a crafty Mom

Anyway, this is what I have done, so far....
CUPCAKES 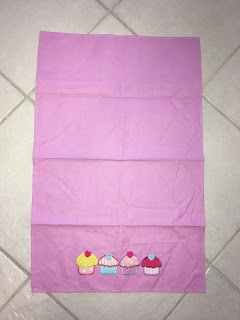 This TT was one I bought for 25c.... I had originally planned to just cut armholes, but discovered it had a stain on it, just above the yellow cupcake. So, it was cut across as high as I could, spun the remaining piece around, and decided to use the embroidery as a pocket instead. So the original to hemmed edge became the bottom edge. 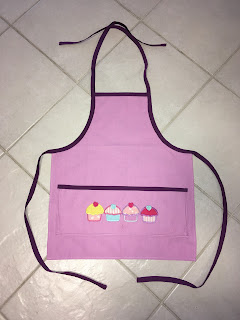 This is the first time I used the pattern pieces, and the instructions noted that it should have a binding on the raw edge. I used an Opped pillow case to make some bias strips, which I then put through my bias tape maker.

Turned out pretty good for my first attempt ;) 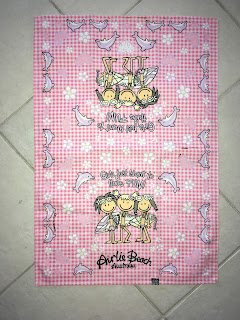 Another cute 25c TT, but once home, I discovered it had some marks on it: 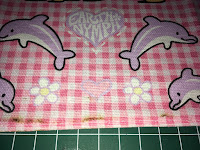 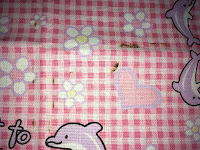 They looked like burns, but on closer inspection, I think it was just dirt, as I could scrape it off with my fingernail. I didn’t want to wash it, so I needed to work around it..

Since the design was flipped, the first thing I did was cut it into two pieces. The plan was to flip one side over to make the top. So using the better side as the base, with a bit of manipulation, this is what
I had: 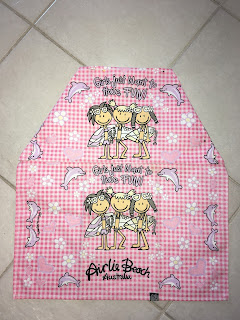 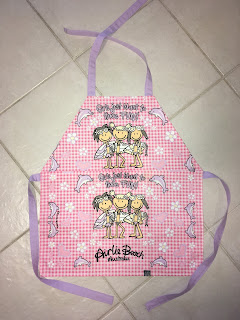 Just did a double hem, no binding this time. Made up some straps, and done! 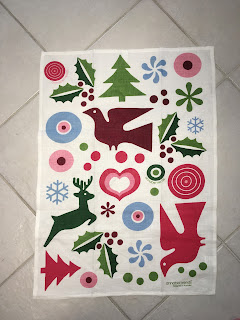 This was an interesting one. Quite a large TT for 25c, so I was thinking I could get away with an adult size.

Using the pattern piece and the TT in half, this was a winner for length, but not for width - but it was close. 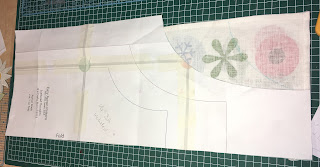 So, decided to continue with it as-is. There’s no rules, right?? ;)

Since the armhole is on the curve, I can take advantage of the bias and just do a double hem, add some straps, and done! 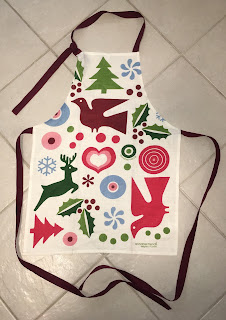 Tried a slightly different neck closure on this one. Single longer straps with a loop to tie onto. Works pretty well,  I think, and you only need three straps, not four. This one is s little long, but not too bad. 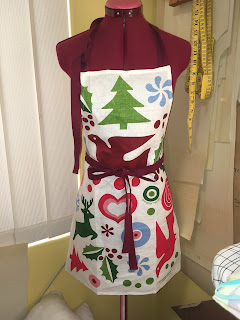 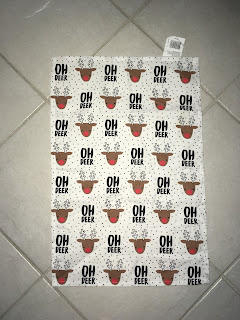 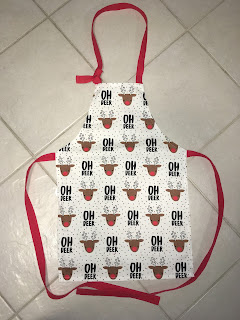 I’m getting pretty good at these! Time to try something from the expensive pile! 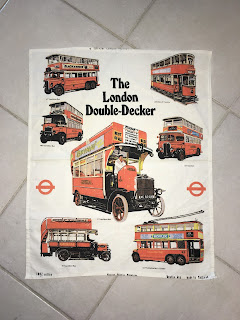 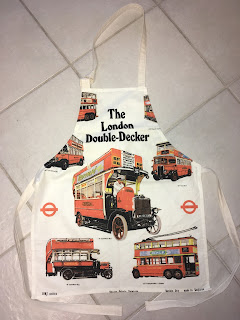 The actual quality of the TT was very poor. The rolled hems are dreadfully crooked, and I had to unpick the top edge in order to make it straight. 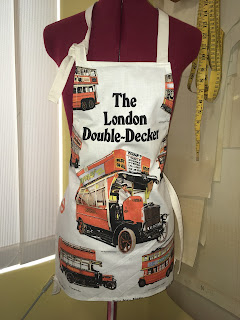 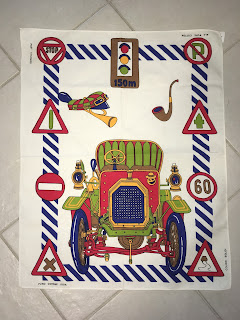 The final TT of the bunch. This one was $4 from another Op Shop. I wasn’t sure on this one to begin with, but took the plunge. It’s very large, ands fits the adult pattern plus some extra length.

So far, it’s had the armholes finished, just waiting on some straps to be made and attached. 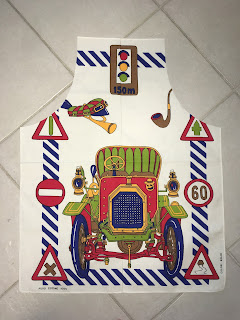 A very productive weekend! ;)
Posted by DanaStuff at 5:44 pm